We landed in Borneo and were transferred to Semporna, from where we departed for Kapalai. In Borneo we saw monkeys lined up on the powerpoles which were super cute! We also saw evidence of much deforestation and commercial palm plantations – this deforestation is why Orangutans are sadly going extinct. The housing and buildings are fantastic to see, there are ostentatious mansions situated right in the middle of broken old shacks.

Our boat ride to Kapalai took us past beautiful islands covered in natural rainforest and fringed by water villages – hundreds of tiny shacks on stilts above the water, some accessible by jetty but many detached from the land by a hundred metres or more and only accessible by boat. Fathers and young sons take their tiny fishing boats out for food.

We sailed past Mabul, one of the main resort islands accessing Sipadan and eventually we reached Kapalai Water Village, our home for the next 8 days. The mainland of Borneo is just a shadow in the distance, and the only other land we can see are the islands of Sipadan, Mabul and Siamil. Unless of course you count our “island”, which consists of a sand bank approximately 20x10m – the resort is literally a water village. 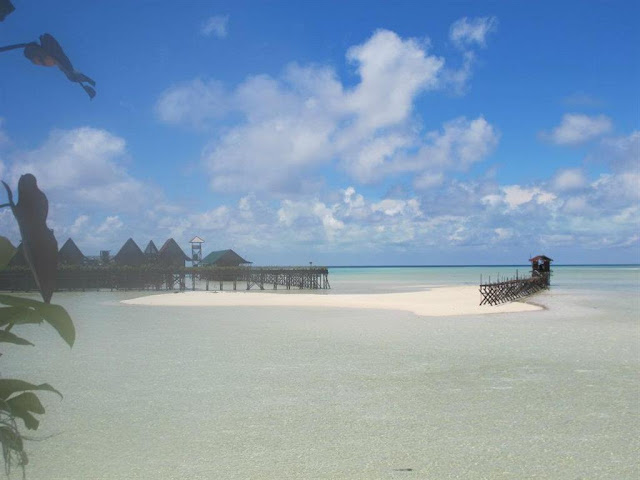 The restaurant is open air (no doors) and in the centre there is a large viewing platform with spotlights to the water below where we could watch the lionfish floating lazily around in the light at night time. Slightly unnerving were the large boards available to barricade our doors in case of pirates! 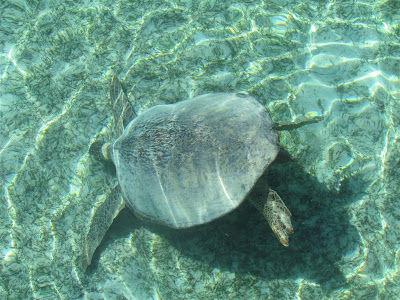 Below our bures is shallow water teaming with turtles, stingrays, Lionfish, Trumpetfish and glassfish. Lying on my own private deck, the only sound to break that of the water is the turtles noisily coming up for air – I am sure one of them at least had respiratory problems, he sounded like an old smoker.


The island of Sipadan used to house dive resorts until some tourists were kidnapped a few years ago and since then no one is allowed to stay overnight on the island except the Malaysian Military of which there are many – we had an area of the island available for eating and playing, exploring the rest of the island is forbidden (enforced by militia with guns).

We had three days diving Sipadan and three days on the house reefs around Kapalai, Mabul and Siamil. The Sipadan diving was spectacular – the island is volcanic so we dived along walls above the blue where the depth is 600m or more – ideal conditions for Bumphead Parrotfish, schooling Jacks and barracuda, and my reason for going – sharks!


I had hoped for some larger sharks however we were only diving to 30m and our guides informed me that it is rare to see the larger ones at Sipadan – I suspect that if we had gone deeper we may have seen more however this would limit our dive times. Sipadan is a turtle breeding zone so there are turtles EVERYWHERE, eventually we barely blinked an eyelid as they swam by us. 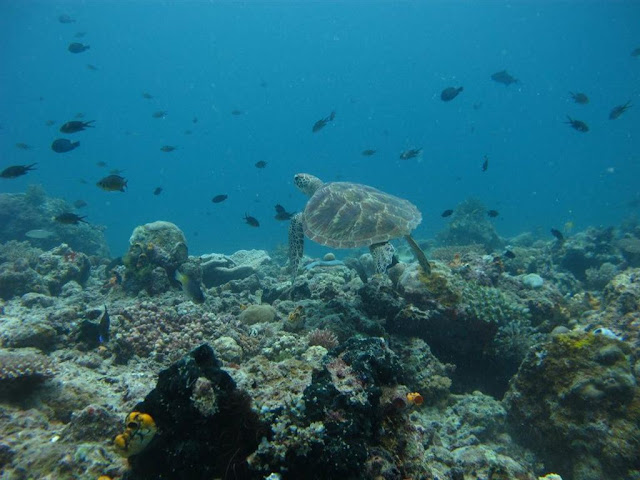 The house reef diving was surprisingly very good, with lots of small usually rare things available for us to practice our macro photography skills on. Frogfish, Leafy Scorpionfish Ornate and plain pipefish, seahorses and nudibranchs were plentiful. We saw many morays of varied colours and sizes. 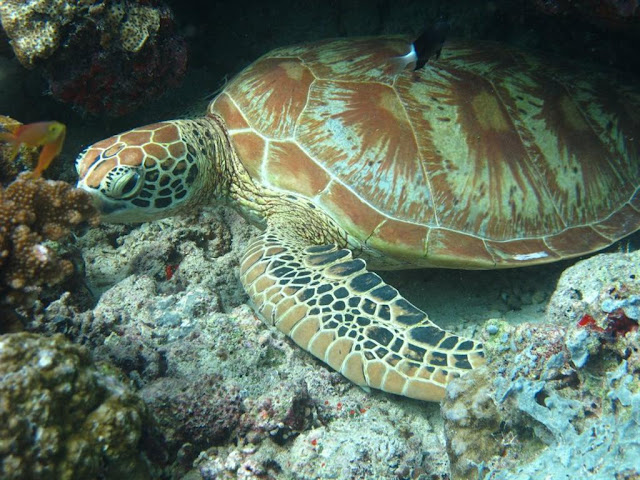 We were terrified when we heard loud bangs and felt vibrations so fierce it seemed they stopped your heart for a beat – these were very frequent and later we learned that this was the Malays illegally fishing with dynamite – a cheap way for them to obtain fish but a tragedy with each blast as the vast majority of fish killed are too small or otherwise unsuitable for eating, not to mention the destruction of coral reefs hundreds of years old. 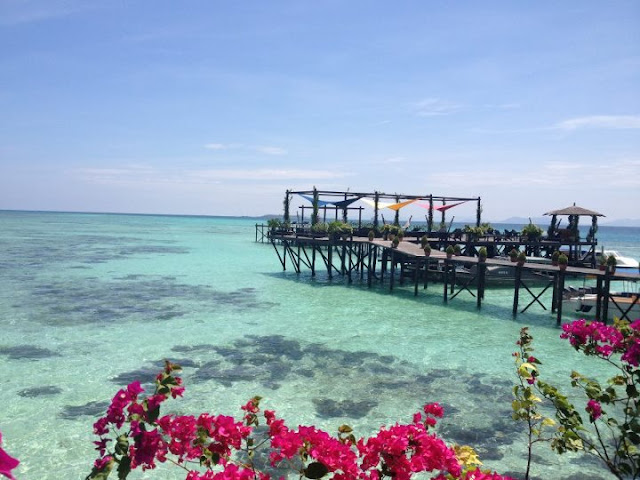 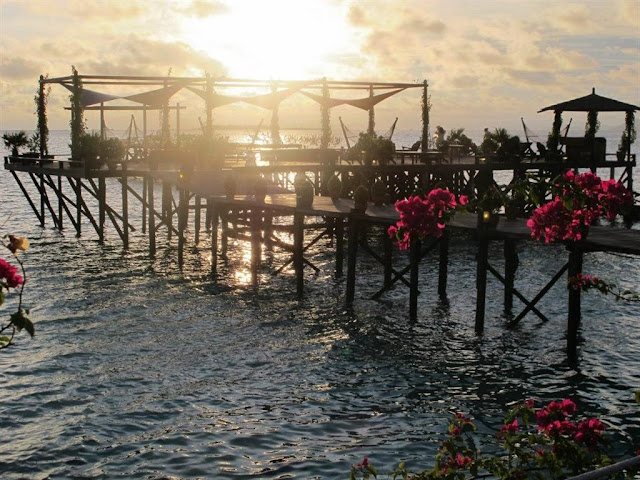